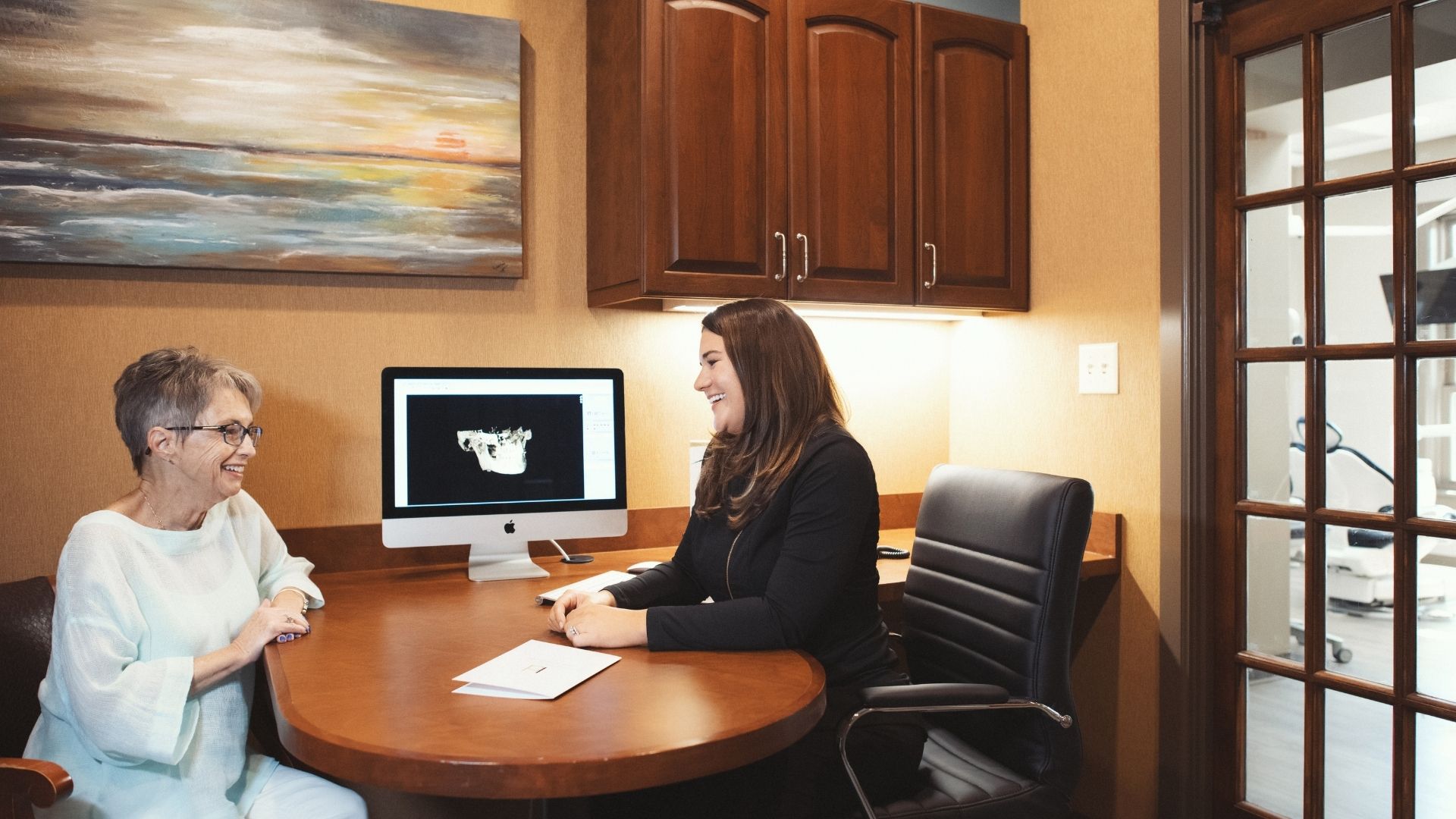 Many people interested in improving their cardiovascular health may not know the important role gum health plays in meeting their goals. Studies have shown a strong link between the health of our gums and the health of the heart.

How do healthy teeth and gums impact your cardiovascular system?

What Is Gum Disease?

Gum disease, also called periodontal disease, is an infection in the gums. In the early stages, the condition destroys the soft tissue around the teeth. As gum disease advances, the disorder impacts the bone supporting the teeth. This destruction causes tooth loosening and, eventually, tooth loss.

Dentists see more than 3 million cases of gum disease per year, with many of those cases requiring surgical intervention for correction. Common signs include red, swollen gums, persistent bad breath, and mouth sores, along with gums visibly pulling away from the teeth and easily bleeding. Surprisingly, gum disease may not cause any discomfort until it reaches the later stages.

Gingivitis is the more mild form of gum disease, and its symptoms include red, swollen, dark red gums that easily bleed when flossing or brushing the teeth. When caught in this stage, gum disease is reversible by changing the daily dental hygiene regimen.

Using a soft-bristled brush to brush the teeth in the morning and again before bed, along with daily flossing, can stop mild cases within two to four weeks. Avoiding sugary foods and drinks is also helpful. Unfortunately, since many people do not feel pain, no action is taken to correct the problem, and the situation often progresses.

Untreated gingivitis results in bone loss and eventual tooth loss. Periodontitis is the more advanced form of untreated gum disease and occurs when the infection has spread to the bones and ligaments under the gums. At this stage, treatment options include scaling the teeth to remove bacteria under the gum line, eliminating vulnerable parts of the tooth root, and surgery to encourage bone growth and soft tissue healing.

While treatment options for all forms of gum disease are available, it’s important to note that gum disease is entirely avoidable in most cases by consistently practicing proper dental hygiene. Treatment is often effective at stopping disease progression, but bone and soft tissue damage may not be correctable.

Gum Disease and the Heart

Bacteria make up most of the human body, outnumbering human cells by ten to one. They are responsible for several body processes vital to life, such as digestion and metabolism. Bacteria also form the connection between the mouth and the heart.

Tiny openings in the gums caused by gum disease allow bacteria to travel from the mouth to the rest of the body. This bacteria becomes particularly problematic when it travels into the bloodstream and eventually winds up in the heart, causing dangerous inflammation along the way.

Gum disease causes severe inflammation inside the mouth and the formation of inflammatory plaques that coat the insides of blood vessels in and around the heart, making it difficult for the heart to pump blood throughout the body efficiently.

This dangerous inflammation doesn't just impact the heart; it affects the entire cardiovascular system, including the delicate blood vessels that feed the lungs and power the brain.

A recent 2018 study of almost a million people with 65,000 heart health events uncovered a connection with poor oral hygiene. Still, it was inconclusive in determining if the vascular damage was caused by the bacteria directly or the body’s inflammatory response to the bacteria. Further research is ongoing.

Healthy Gums and a Healthy Body

Gum disease has devastating effects on the heart, but it also causes problems with other chronic conditions. Rheumatoid arthritis is a joint-destroying autoimmune disease currently affecting almost two million Americans. While both disorders appear to be triggered by a common factor, this factor is now unknown.

The devastating effects on the heart and body bought on by gum disease are not inevitable. And if you have already received a gum disease diagnosis, there may be time to reverse the condition before permanent damage to the bone occurs.

Start by brushing your teeth twice a day with a soft-bristled toothbrush and fluoride toothpaste. Brush your teeth in short strokes, holding the brush at a 45-degree angle to the gums. Press gently as not to cause further irritation. Replace your toothbrush every 90 days.

Flossing your teeth every day is one of the most effective ways to fight gum disease. Bacteria, plaque, and tartar hide in spaces between teeth that brushing may miss. Many people prefer to floss before going to bed to ensure these things are not near their teeth overnight.

Seeing your dentist for regular checkups helps spot minor problems before they become big ones. Your dentist will probably x-ray your teeth each year, which provides valuable insight into the health of your mouth and gums.

Finally, don’t smoke, as cigarette smoke and nicotine damage the soft tissues of the mouth and gums. The carcinogens present in cigarettes can irreparably damage the linings of nasal passages and lungs, leading to cancer in the cheek, gums, nasal passages, and lungs. If you smoke, talk to your doctor about quitting for healthy gums, a healthy heart, and a healthy body.

We think you deserve an elevated dental experience. Call (865) 687-9350 or click below to set up your first visit. We look forward to meeting you!